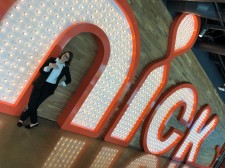 It's a blockbuster summer of internships for Exceptional Minds students and artists on the autism spectrum who are spending their summer at Nickelodeon, Cartoon Network and elsewhere.

SHERMAN OAKS, Calif., August 2, 2019 (Newswire.com) -  “We’re calling it the ‘summer of inclusion’ because it’s not only our graduates but also our second- and third-year students who are being sought out for internships,” said Exceptional Minds Executive Director Jeffrey Shapiro.

Exceptional Minds is a school and professional studio that prepares individuals with autism for careers in animation and visual effects, the only nonprofit organization of its kind serving a population that is underrepresented in the workforce.

According to the U.S. Department of Labor, 84% of adults with autism are unemployed.

Internships, according to Shapiro, provide an opportunity for organizations and individuals to break down some of the stereotypes of autism, which can be a barrier to meaningful employment for individuals, as well as for companies seeking to recruit good talent.

In addition to Cartoon Network and Nickelodeon, Warner Bros., Ingenuity Studios, Mr. Wolf, Academy of Motion Picture Arts and Sciences, and Picture Shop have opened their doors to Exceptional Minds artists and students this summer. At least one has kept that door open longer than expected. “We are happy to hold on to Nick and Raymond for a bit longer - we've extended their internship into the late summer,” said Picture Shop’s Executive Vice President of VFX Tom Kendall, referring to Exceptional Minds students Raymond Huang and Nicholas Dodge. Both students will continue on at Picture Shop through the summer working on one of the studio’s more high-profile television projects.

“Internships give companies and studios the opportunity to bring in someone they normally wouldn’t hire. They get to add different voices in a risk-averse way,” commented David Miles, a 2015 graduate of Exceptional Minds’ three-year program, who is spending the summer at the Academy of Motion Picture Arts and Sciences, participating in an education initiative. Miles has served internship roles at Psychic Bunny, Cartoon Network, Discovery Channel, and Unicorn Island, where he is now part of the animation team for YouTube star Lilly “Superwoman” Singh. He also works in the studio at Exceptional Minds, a nonprofit professional training academy and studio for artists on the autism spectrum.

“Any interaction with autistic folk can and will dispel stereotypes,” agreed second-year Exceptional Minds student Kate Jorgensen, who is helping out at Nickelodeon this summer doing script breakdowns, asset call-outs and other duties for a new animated series. “Internships are wonderful because it encourages more people to engage with the autism community from a business standpoint,” added Jorgensen, who resumes her training at Exceptional Minds in the fall and plans to go on to a career in animation after graduating the three-year program in 2020.

Exceptional Minds started the training academy in 2011 and in 2014, opened a professional studio to bring in contract work for graduates of its three-year program. Since then, Exceptional Minds artists with autism have completed 196 projects for movies and television shows, including recent blockbuster Avengers: Endgame and Oscar-nominated movies Avengers: Infinity War, Black Panther, First Man, Green Book and Solo: A Star Wars Story, as well as for notable TV shows such as Game of Thrones and The Good Doctor.

The school now annually serves an average of 250 full-time, part-time, and privately tutored students (as well as graduate artists), providing technical and behavioral training to a population sorely underrepresented in both the labor market and society as a whole. 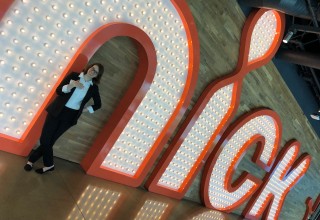 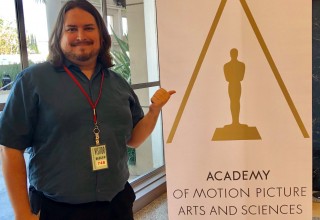