Hollywood shines spotlight on school and working studio for young adults on the autism spectrum.

The award was presented during the annual Open Hearts Gala held at the SLS Hotel Beverly Hills on Saturday, one of the biggest social events of the season and an unlikely venue for shining the spotlight on autism and a population generally known for its social solitude.

There needs to be more Exceptional Minds organizations to help integrate everybody... it shouldn't be an exception.

Actress and philanthropist Jane Seymour founded the Open Hearts Foundation in 2010; its annual gala is attended by Hollywood luminaries to recognize and help raise funds for nonprofits making an impact on society.

There to present the Open Hearts Award to Exceptional Minds’ co-founders was autism advocate and actress Patricia Heaton, who spoke of the need for inclusion for all people with disabilities. “There needs to be more Exceptional Minds organizations to help integrate everybody. We need to invite and include everybody in our lives in a daily way,” said Heaton. “It shouldn’t be an exception,” she added.

Exceptional Minds was started in 2011 as a vocational school, and later added a working studio, to help young adults on the autism spectrum pursue careers in digital animation and visual effect.  It remains the only nonprofit of its kind, with graduates working in the entertainment industry for studios such as Marvel and on films and productions such as Doctor Strange, The Good Doctor and Game of Thrones.

Exceptional Minds’ Zwerman, Bennett and Merlán shared the spotlight during the evening’s event with Bay Area Lyme Foundation’s Laure Woods and Global Mobility USA’s David Richard and Drew Plotkin as “individuals who have risen above their own life challenges to truly help and reach out to others in need.”

“When my son, Noah, was diagnosed with autism 20 years ago… I was constantly told about his disability, never about his unique abilities. It’s especially meaningful to receive this Open Hearts award because at Exceptional Minds, we open our hearts to young adults with autism and help them focus on what they can do, on their unique abilities,” said Bennett, who accepted the Open Hearts award on behalf of the Exceptional Minds organization. The Open Hearts Gala included an auction and entertainment from bands Magic! and Smile. Auction items included an Ovation Legend guitar from the estate of the late Glen Campbell and a one-of-a-kind Open Hearts sculpture with levitating Swarovski crystals presented by CSI’s Anthony E. Zuiker.

Exceptional Minds vocational school and studio for young adults with autism was chartered with a vision to create a world in which individuals on the spectrum are recognized for their talents and abilities. That vision has since been realized many times over, both in the growth of the school and in the achievements of its graduating artists who now work in the demanding fields of visual effects and animation for the entertainment industry.

Currently, the majority of the nation’s 3.5 million people with autism are unemployed or underemployed. More than 500,000 U.S. children impacted by autism will enter adulthood during this decade, with one in 68 children to follow. “Every week we’re out there encouraging prospective employers to open their hearts and minds to hiring these talented artists so they can lead meaningful and productive lives. Tonight, we ask you to do the same. Please open your hearts to the thousands of individuals in your community who live with autism,” said Bennett to the gathering at Saturday’s Open Hearts Gala. 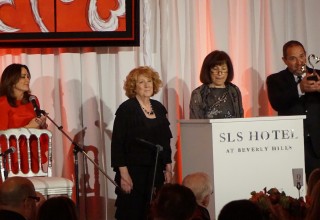 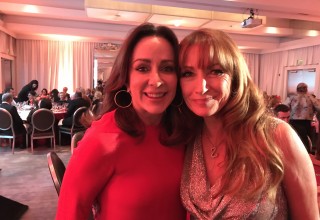 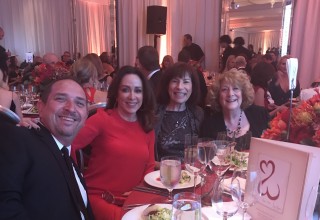