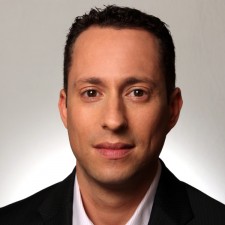 Nonprofit school and studio for artists on the autism spectrum makes bold moves to partner with corporations on cause marketing, social impact and inclusion initiatives.

SHERMAN OAKS, Calif., August 19, 2019 (Newswire.com) - Exceptional Minds, a 2019 California Nonprofit of the Year, is stepping outside of the usual nonprofit box and giving back to corporations.

The nonprofit professional training academy and studio for individuals on the autism spectrum has established a new department for strategic partnerships. The goal is to develop cause marketing, social responsibility, and diversity and inclusion initiatives with leading brands and corporations. “We are in a very unique position to be able to model a new kind of partnership between nonprofits and corporations that benefits both,” said Jeffrey Shapiro, Exceptional Minds Executive Director.

He cited Exceptional Minds’ professional talent, which can deliver brand storytelling through animation and graphics, as one example. He cited the organization’s behavioral and career development practices for successfully introducing disadvantaged workers into the workforce as another.

The nonprofit has placed graduates on the spectrum in the fields of animation and visual effects and in studios such as Cartoon Network, Marvel Studios and Warner Bros. Exceptional Minds’ professional studio of artists on the autism spectrum has turned out work for ILM and Marvel Studios, and for Oscar-nominated films, including Black Panther and best picture recipient Green Book.

To bring these and other benefits to corporate partnerships, Exceptional Minds recently established an Impact Council of like-minded individuals and hired a director to lead its new Strategic Partnership department. The Exceptional Minds Impact Council includes 15 thought leaders ranging in background and experience, from media, communications and healthcare to legal, education, finance, nonprofit and technology sectors.

“Exceptional Minds is the nonprofit paradigm of the future. Moving an otherwise traditionally marginalized cohort into gainful employment in the arts is a profound game-changer. There is no other impact model like this, and we can’t wait to be meaningful strategic partners with like-minded brands and organizations who count social responsibility, and diversity and inclusion as key priorities,” said David Siegel, Exceptional Minds’ new Director of Strategic Partnerships. Previously, Siegel was Director of Marketing for Walt Disney Animation Studios, and as the founder of consulting firm Disrupt24/7, he has led collaborative marketing and social impact programs with The Hershey Company, Whole Foods, Panasonic, USC, and the Television Academy, among others. He is also the father of young entrepreneur Dylan Siegel, whose book, "Chocolate Bar," raised global awareness for his friend’s rare liver condition (Glycogen Storage Disease Type 1b), for which a cure is now in clinical trials. As the social entrepreneur for ChocolateBarBook.com, David has helped raise over $1.5 million to fund research − in many cases powered by strategic marketing partnerships.

“We live in a digitally driven world where authenticity and brand personality are valued more than ever. We look around us at the amazing things our grads and students are doing, and we are now in a position to share some of what we’ve learned and to partner with corporate leaders who want to connect with their customers on a much deeper level than they could otherwise,” commented Shapiro.

Exceptional Minds training academy opened its doors in 2011 and, in 2014, added a professional studio to bring in contract work for graduates of its three-year program. Since then, Exceptional Minds artists with autism have completed almost 200 projects for movies and television shows, including recent blockbuster Avengers: Endgame and for notable TV shows such as Game of Thrones and The Good Doctor.

The school now annually serves an average of 250 full-time, part-time and privately tutored students, as well as graduate artists, providing technical and behavioral training to a population sorely underrepresented in both the labor market and society as a whole.