Exceptional Minds visual effects artists on the spectrum earned screen credit for visual cleanup and/or title work on "Star Wars: The Last Jedi," "Guardians of the Galaxy Vol 2," and "War for the Planet of the Apes."

Exceptional Minds Studio is the industry’s only working visual effects and animation studio of young professionals on the autism spectrum. Since opening its doors almost four years ago, the small studio has worked on visual effects for more than 50 major motion pictures and/or television series, including "The Good Doctor," "Game of Thrones," and "Doctor Strange."

Many of our artists never even dreamed they would be working in this industry.

"Star Wars: The Last Jedi," "Guardians of the Galaxy Vol. 2," and "War for the Planet of the Apes" are on the studio’s list of more recent visual effects and title work for hire. All three films are up for the visual effects Oscar at the upcoming Academy Awards. “Each film is so deserving of this award. The vfx teams we worked with on each of these movies were beyond professional, and we are so thankful that they gave our artists the opportunity to work with them,” said Exceptional Minds Studio Executive Producer Susan Zwerman.

“Many of our artists never even dreamed they would be working in this industry,” she added.  “I couldn't even imagine doing this when I was young,” agreed Patrick Brady, one of the Exceptional Minds vfx artists on the autism spectrum.

An estimated 90 percent of the autism population is under employed or unemployed, and few training programs exist to prepare young adults with autism for meaningful careers.

Exceptional Minds Studio contracts out to the entertainment industry for roto & paint, tracker removal, split screen, green screen keying, and compositing as well as end title credit work and 2D animation. It is staffed by graduates of Exceptional Minds, which is the first vocational school of its kind to prepare young men and women on the autism spectrum for careers in visual effects and animation.

“These young adults are proving that people with autism can not only work meaningful careers, but also thrive in the competitive entertainment industry,” said Exceptional Minds Executive Director Ernie Merlán.

Autism is the fastest-growing developmental disability in the U.S. 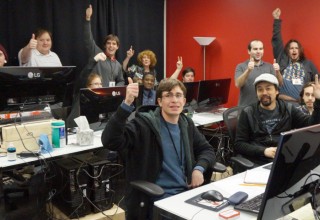 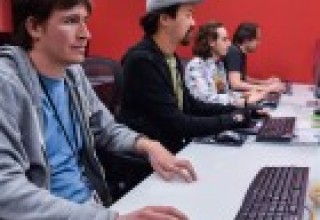 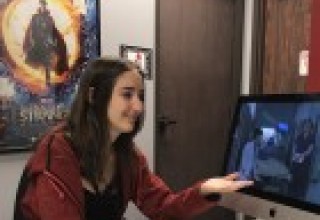